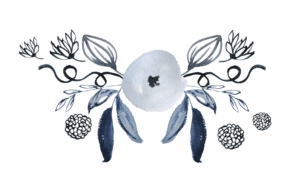 The Last Flight by Julie Clark, recommended by Pam
At one time or another, we have all dreamt about starting over – a new life in a fresh place where nobody knows who we are. In The Last Flight, Claire and Eva do just this when they meet each other in an airport. But when one of the airplanes crashes, secrets and identities are revealed in this taut page turner.

The Ballad of Songbirds and Snakes by Suzanne Collins, recommended by Georgia
An e

xquisitely appropriate title for this ghost story that gives readers a bit of history for the Hunger Games series. It poses the question, is evil born or is evil made? Both a prequel and an echo from the Hunger Games series of songbirds in a forest. The sound of a tragic song resonates, haunting District Twelve for decades to come:

Are you, are you coming to the tree,
Where they strung up a man they say murdered three?
Strange things did happen here,
No stranger would it be,
If we met up at midnight in the hanging tree.

Midnight in Chernobyl: The Untold Story of the World’s Greatest Nuclear Disaster by Adam Higginbotham, recommended by Craig
The New York Times bestselling “account that reads almost like the script for a movie” (The Wall Street Journal)—a powerful investigation into Chernobyl and how propaganda, secrecy, and myth have obscured the true story of one of the history’s worst nuclear disasters.

Sentinel by Lee and Andrew Child, recommended by Tracie
Reacher is back and rejuvenated! Jack might not be as precise as brother Lee Child wrote Reacher, but there is added depth to the character which is much appreciated. And energy! This page turner has Reacher in bar room brawls, sabotaging kidnappings, meeting geeky IT guys, learning about bitcoin and ransomware, and evading Russians, all in a town you want to love.

Clutching little baggies stamped with dancing skeletons and labeled “DOA,” the townsfolk of Angel, Kentucky are dropping dead. For generations, the Glassers locked the locals in a death-grip, moving up the crime chain from running moonshine to peddling fentanyl-laced opium to the unsuspecting and too-far-gone. When Mexican drug runners ambush the family compound, law enforcement investigates the bloody massacre and closes ranks to cover the agency’s tracks that run back to the Glasser family. Scott is a Kentucky native and a federal agent with the DEA, and delivers a vivid, unflinching look at the nation’s drug epidemic. Violent and profane, this read my not appeal to some, but fans of Don Winslow or James Carlos Blake will discover a new, favorite author.

Anxious People by Fredrik Backman, recommended by Dennis
This a quirky novel that tells the outward story of a bank robber and a room of hostages. However, the real story is about the anxieties and complexities of people’s lives. The book has a big heart. You will find yourself smiling, chuckling and recognizing familiar feelings as your read to it satisfying conclusion.

Sunrise on Half Moon Bay by Robyn Carr, recommended by Tracie
A turn away from Carr’s Virgin River Series sees two sisters different in ages, expectations and careers. One sister is a sophisticated lawyer with her own family and the other is caretaker to their mother in their hometown in the house they were raised. Death, divorce, and deceit open the sisters up to each other and lives with new possibilities and futures intertwined. Good read!

The Death of Vivek Oji by Akwaeke Emezi, recommended by Diana

This heart-wrenching story is of one Nigerian family’s struggle to understand a child with mental illness and a gentle spirit. Vivek Oji suffers disorienting blackouts with moments of disconnection between consciousness and his surroundings. As he approaches adulthood, Vivek finds solace in friendships with foreign-born women married to Nigerian men. Vivek’s closest bond is with his cousin, the worldly, high-spirited, Osita. As their relationship deepens Osita struggles to understand Vivek’s escalating crisis. The mystery gives way to a heart-stopping act of violence toward Vivek. This is a novel of family and friendships that challenges expectations. This dramatic story of loss and transcendence moved me to tears with a willingness to reevaluate how I perceive others.