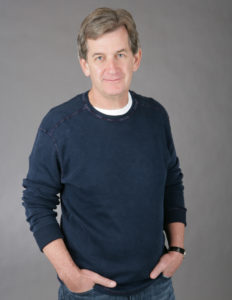 Listen to Thane’s podcast discussing the range of mysteries set in Arizona!

Plus, watch for his program “Writing the Winning Query Letter” to be rescheduled in the fall.

So how does a history professor switch from writing about life on the western frontier to crime novels set on the mean streets of the Valley of the Sun? Thane was working on a book about the Rocky Mountain mining camps when struck by the idea for a suspense novel that “refused to let go.” Though his first novel wasn’t published, Thane was hooked and brushed himself off to start another. Four novels later and with one in development, Thane shares his insight and expertise at Apache Junction Public Library as its inaugural Writer in Residence.

I think that first and foremost, a good story needs characters that the readers can immediately become invested in. The characters, particularly the lead character, don’t have to be saintly, but they do have to be interesting; they need to be people that you want to spend some time with. I might be rooting for the characters or against them, but I need to care what happens to them. Secondly, it’s important to have a plot that’s compelling. It may race along at the speed of a runaway train, or it may move fairly slowly, but it has to hold my interest. Still, I think that character is most important. I can enjoy a book with a so-so plot as long as I care about the characters. But no matter how good the plot might be, if I don’t care what happens to the characters, I’m not going to enjoy the book all that much. 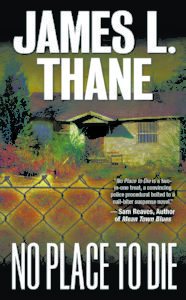 , you learn a lot about the craft from their work, and the trick is to incorporate the lessons they have to teach into your own work without slavishly imitating them, particularly if they’re writing in the same genre that you are.

The balance of dialog and narrative will inevitably shift through the course of a book, and I don’t really worry about it all that much. The important thing is that every scene, whether it’s dialog or narration, needs to move the story forward in some way. It may advance the plot, or it may reveal something about the characters, but it needs to maintain the momentum of the story or the reader will lose interest.

The narrative’s point of view should be determined by considering which of the possible choices will best serve the interest of the story. I have occasionally written a scene from the POV of one character only to come back later and realize that it might play better from that of another, but that’s simply part of the process of writing and rewriting and developing the story.

My writing day may vary from one day to the next, depending on what other obligations I have during a particular day. Ideally, I like to get up in the morning, exercise, then read the papers and get through whatever household chores or other responsibilities I have for the day. Then, without having all that hanging over my head, I can sit down after lunch and write through the afternoon without being distracted. I’ll sometimes take a break for dinner and then get back to work, but often, I’ll work until 7:00 or so and then go out for dinner or to listen to music somewhere as a nice way to end the day.

The most difficult thing about being a writer, at least at the beginning of your career, is learning to deal with rejection. While there are a few authors who strike gold right out of the box, most wri 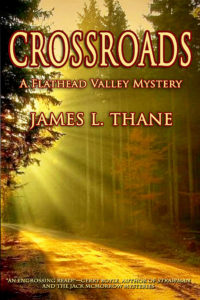 ters struggle early on, first to find an agent and then to land a publisher. This is a very tough process, and sadly, it’s getting even tougher. Agents and publishers receive scores of queries every month and they can only sign on to a tiny percentage of those projects. This means that a lot of very good books will languish for a long time before finding an agent and/or a publisher while the rejection slips pile up one on top of another. A beginning writer will almost inevitably suffer a lot of disappointment. But you need to persevere and keep writing and keep querying until you finally find the agent and publisher that are a good fit for you. With that in mind, the single best piece of advice I would offer to beginning writers is, grow a thick skin and keep on swinging for the fences.

Whether writing fiction or non-fiction, I think the most important task a writer has is to grab the reader’s attention from the opening sentence and keep them sufficiently interested that they will happily read through to the end of the article, the story, or the book. In fiction, this generally means that you invent an opening scene that will do the trick. In non-fiction, of course, you don’t have the option of inventing a scene, but there’s always going to be some aspect of the story—a character, for example—that you can bring forward to the beginning of the work to draw the reader in and get him or her invested in the story. A feature article or a book about some particular problem that the author wants to illuminate will often open by describing the way one particular person is affected by the problem at hand. And whether you’re writing fiction or non-fiction, once you’ve got the reader’s attention, the challenge is to then let your story unfold in such a way that you keep them interested all the way through to the conclusion.

Over the years, there have been a large number of mystery novels set in Arizona, ranging from light, cozy mysteries to very dark, violent, hard-boiled crime novels. I’m especially fond of The Killer Is Dying, by James Sallis; Arizona Kiss, by Ray Ring; Potshot, by Robert B. Parker; Gravedigger’s Moon, by John Schmierer; Double Wide, by Leo W. Banks, and Phoenix Noir, a great collection of short stories edited by Patrick Millikin.

The Apache Junction Public Library is located at 1177 N.  Idaho Road. For additional information, call 474-8555. Writers in Residence in Libraries is supported by the Arizona State Library, Archives & Public Records, a division of the Secretary of State, with federal funds from the Institute of Museum and Library Services.